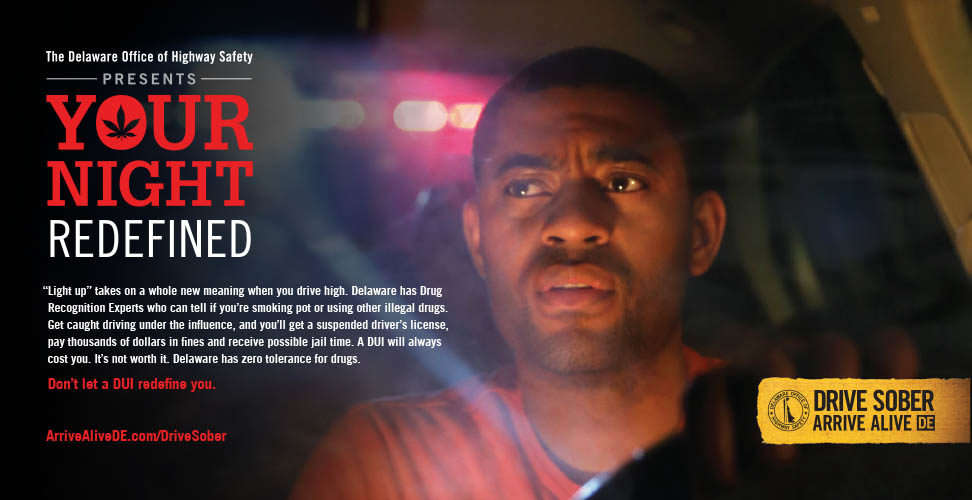 Driving under the influence of alcohol or drugs is not only dangerous, it's illegal - and the Delaware Office of Highway Safety is dedicated to enforcing the law and keeping the roads safe. Now in its fifteenth year, Checkpoint Strikeforce is a six-month statewide enforcement campaign that features an increased number of DUI checkpoints and patrols every weekend from July 1 through December 31.

The goal of Checkpoint Strikeforce is to stop impaired driving throughout Delaware. Any driver who fails a field sobriety test and is found to be over Delaware's Blood Alcohol Concentration Limit of .08 will face severe legal and financial consequences. Law enforcement now uses highly trained Drug Recognition Experts (DREs) who are trained to recognize the signs and symptoms of drug impairment. There is no leniency for first-time offenders. In fact, just one DUI can change your life.

The Consequences of DUI:

More information can be found at www.arrivealivede.com/drive-sober.

Marketing materials can be found in our marketing section.