On July 1, 1999, a law with the goal of saving young lives on our roadways went into effect. An evaluation of the Graduated Driver Licensing (GDL) law's impact shows that a decade later, crash rates for 16 year old drivers have declined by more than 30%!

GDL laws give teenagers more practice behind the wheel after they have finished driver education classes. It requires them to be supervised by a parent or other responsible adult age 25 or older for the first year or longer depending on a state's law. GDL systems set up additional restrictions on nighttime driving, distractions, and the number of passengers allowed in a vehicle with the new teen driver during this time.

In 2004 officials created the Graduated Driver's License (GDL) Parent Orientation Program to educate sponsors of teen drivers about their responsibilities under the law. OHS has now made the program available online for all parents and sponsors.

OHS chairs and participates in the Teen Driver Task Force – reestablished by House Resolution No. 17 by the House of Representatives of the 147th General Assembly of the State of Delaware. The Task Force works to develop strategies to implement recommendations of an assessment conducted by the National Highway Traffic Safety Administration (NHTSA). Members of the task force include Division of Motor Vehicles, Delaware Alcohol Tobacco Enforcement, Delaware State Police, Department of Education, Delaware Driver Safety Education Association, and the SmartDrive Foundation.

Task Force initiatives have included the launch of a teen driver website at https://www.dmv.de.gov/DriverServices/teen/index.shtml for both teens and parents, and the availability of bright yellow, reflective Novice Driver car magnets for parents to use when teens are behind the wheel. 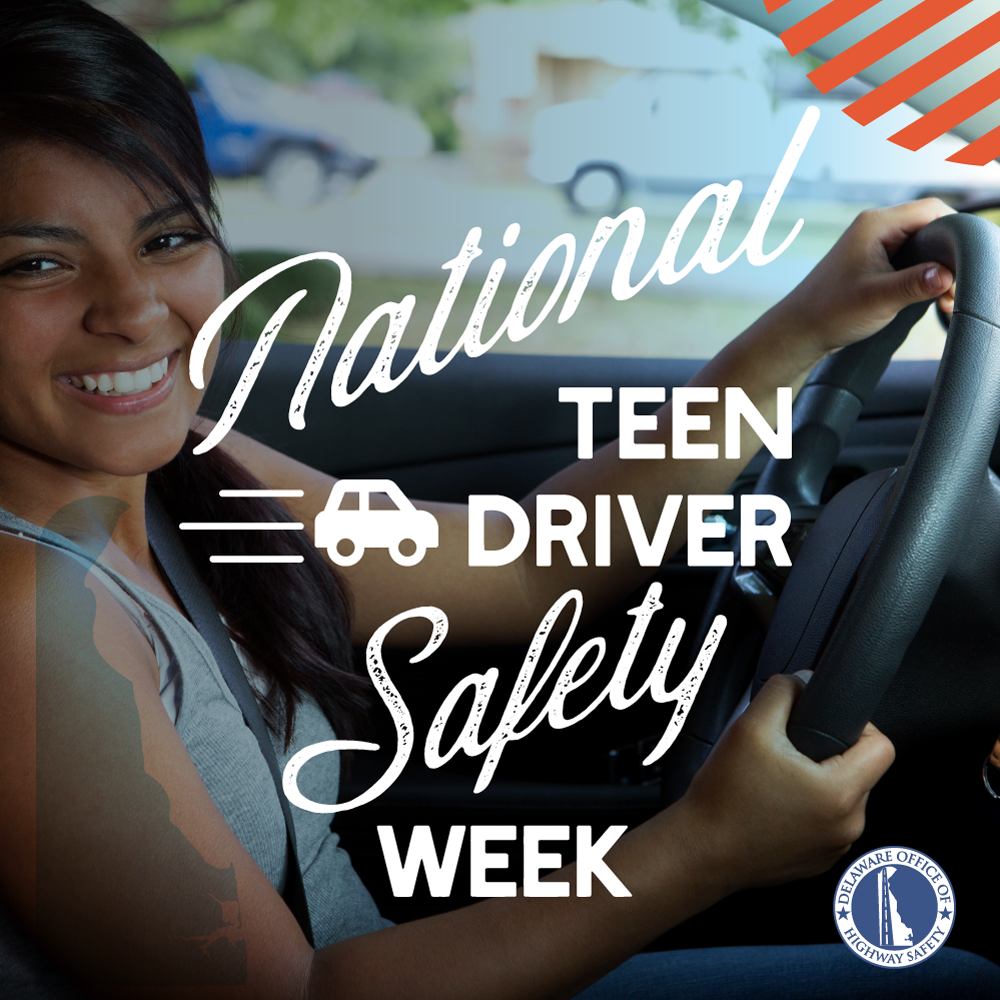 Parenting teens can be hard and adding in the driving factor can present a whole new set of challenges. Driving is a new chapter and a step toward independence for many teens. This is where constant communication about safe driving skills is essential for your new teen driver. Self-reported surveys show that teens with parents who set and enforce firm rules for driving typically engage in less risky driving behaviors and are involved in fewer crashes. Don't look at the conversation as nagging or bothersome — your teen is counting on you to not only set a good example, but to enforce the rules. Keep the following in mind when talking to your teen:

Know the Rules for the Road 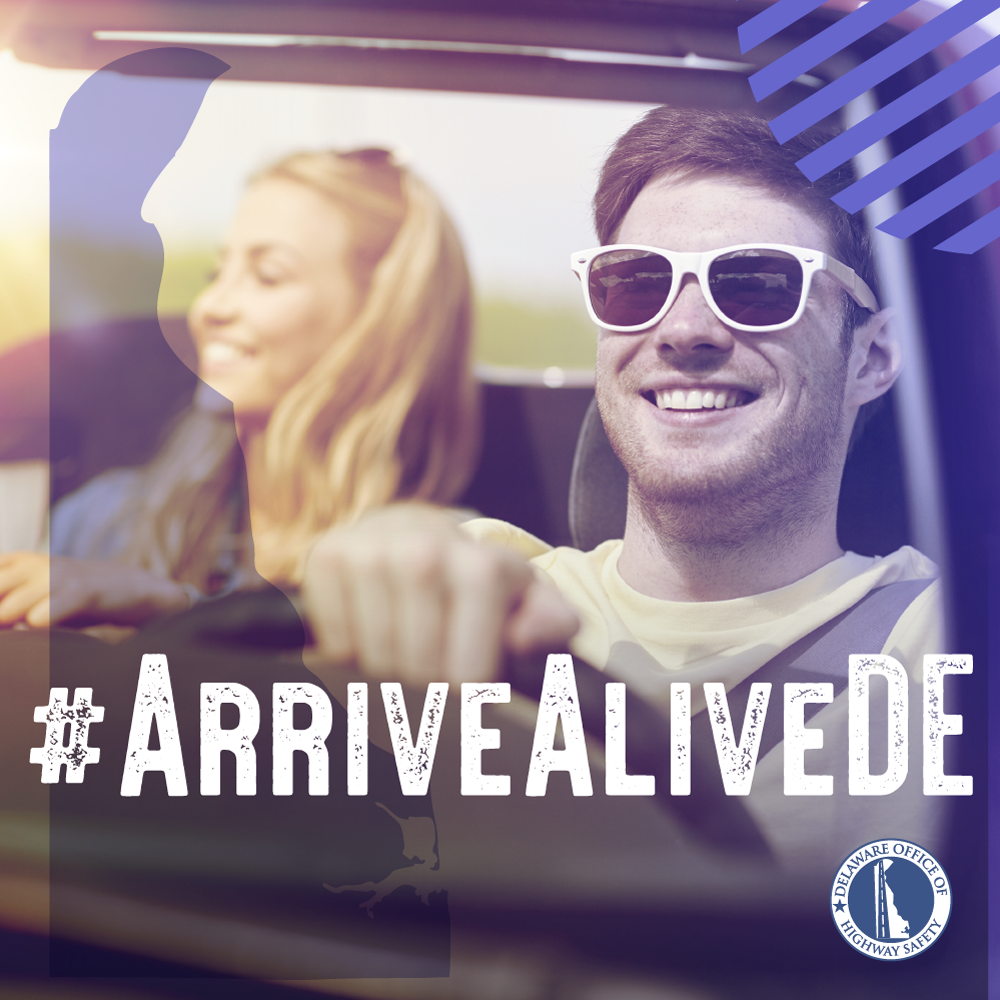 Your teen sees a driver's license as a step toward freedom, but you might not be sure your teen is ready for the road. One thing is certain: teens aren't ready to have the same level of driving responsibility as adults. Teen drivers have a higher rate of fatal crashes, mainly because of their immaturity, lack of skills, and lack of experience. They speed, they make mistakes, and they get distracted easily – especially if their friends are in the car. To help your teen stay safe behind the wheel, all 50 States and the District of Columbia have a three-stage graduated driver licensing (GDL) system that limits high-risk driving situations for new drivers. This approach can reduce your teen's crash risk by as much as 50 percent.

What can you do?

Learn about your State's GDL laws. Note that the laws and restrictions can vary from State to State. Familiarizing yourself with the restrictions placed on your teen's license can better assist you in enforcing those laws. You can establish some important ground rules for your teen driver. Restrict night driving and passengers, prohibit driving while using the phone or other electronic devices, and always require seat belt use.

Talk to your teen about the dangers of drug and alcohol use. Remind them that it is illegal to drink under the age of 21, and it is illegal—and deadly—to drink and drive. If a teen is under 21, his or her blood alcohol concentration (BAC) should always be at .00, not just under .08, which is the legal limit for drivers over age 21.

Be a good role model. Remember that your child looks to you as a driver, so practice safe driving yourself. Set aside time to take your teen on practice driving sessions. It can be a great way to spend time together and to allow your teen to improve some basic driving skills. Your teen's learning starts at home.

You have more influence on your teen than you may think. Be a good example and get involved in their driving habits from the beginning and stay involved for the duration of their teen years.

The Delaware Teen Driver Task Force released a video titled "Crossing the Line." The video tells the story of a 2012 fatal crash involving 17-year-old Andre Smith who was a passenger in a speeding vehicle driven by 19-year-old driver Mar'Kese Marshall-Horsey. Andre Smith was killed in the crash on April 12, 2012, on Route 896 in Middletown. "Crossing the Line" documents the consequences that many have suffered as a result of this tragic crash and will also become part of the revised Driver's Education curriculum to be distributed to all drivers' education teachers in the State of Delaware.


Marketing materials can be found in our marketing section.